Mike Gundy pushes for return to college football preparations by May 1 – NBCSports.com

The Detroit Red Wings have to move on after losing teammates at the trade deadline on Tuesday, Feb. 25, 2020, at Little Caesars Arena.

As a new day began for the Detroit Red Wings, so did the task of moving forward, and upward.

Dylan Larkin sounded sad to have said goodbye to teammates Andreas Athanasiou and Mike Green, both of whom general manager Steve Yzerman traded to the Edmonton Oilers on Monday. That decision reminds that with the Wings in last place in the NHL, the business side of hockey can sometimes sting.

“We lost a couple good players,” Larkin said after Tuesday’s morning skate at Little Caesars Arena. “We’re still in this, we’re still in the reality of where we’re at in the standings. We know that and we need to find a way to get out of it.” 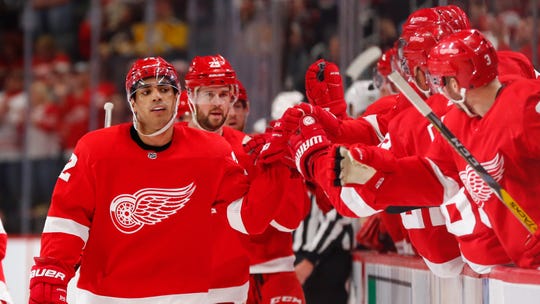 When Athanasiou and Green were pulled from Sunday’s lineup, it was clear trades were imminent. Larkin spoke with Athanasiou after the deals were announced.

“I think he was pretty shaken up,” Larkin said. “I think he didn’t really want to be moved. He was comfortable here. He fit in with us. But he has a great opportunity, he knows that.”

For Athanasiou and Green, Yzerman received two second-round picks and a conditional fourth-round pick from Ken Holland, who took the GM job in Edmonton weeks after Yzerman replaced Holland as GM of the Wings in April.

While Athanasiou joins a team that boasts stars Connor McDavid and Leon Draisaitl and is expected to compete for the Stanley Cup in the coming months, Wings players are left to rally around their pride. 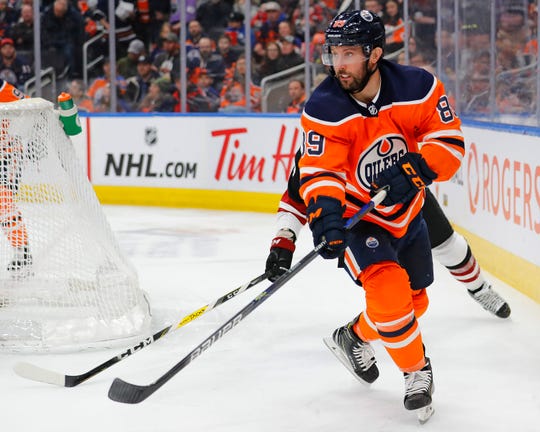 “We’ve known we were in this spot for a while, where good players and good people get traded from your team,” coach Jeff Blashill said. “As I said to our guys, though, just because you lose some good players doesn’t give you an excuse to lose.

“We’ve certainly talked about that there’s tons still to play for. Steve mentioned pride, and the job side, but I think the bigger thing is, there’s a whole group of guys in here that want to be and need to be part of the long-term solution here of getting better. We are going to take steps one way or the other the rest of the season. We can either take steps towards getting better or we can take steps away from getting better. The more steps you take away, the longer the haul is to get to a better tomorrow.”

As the season unraveled, Blashill has emphasized the value of short-term memory, meaning there’s nothing that can be done about the games already played. The focus has been on development, individually and as a team.

Some players have come in, like Robby Fabbri, and used the opportunity to make a case for a new contract. Forward Sam Gagner, who was part of the Athanasiou trade, is expected to join the Wings  when his work visa is approved.

Forward Dmytro Timashov, who was claimed off waivers Monday, has more of a challenge with his visa because, as Blashill put it, Timashov “is from Ukraine and has a Swedish passport.”

Between injuries and personnel changes, the Wings have used upwards of 35 players this season. , and that number will grow in the remaining five-plus weeks.

“Everyone is getting an opportunity to play probably above what you are,” Larkin said. “Every single guy understands that and we are here to take advantage of that and see what guys are made of.

“This whole season has been a character test and character-building season. We’re in it to be together and win and get some points down the stretch for the team.”